The influx of Chinese to the Californian goldfields brought with them homegrown remedies for the pain and inflammation of their labour. So impressive was the effectiveness of their snake-oil, that an entrepreneur also made extracts from the local rattlesnakes. It was ineffectual, and sales events were followed by the salesman’s hasty exit. But Chinese water-snake’s oil is 20% EPA – more than that from our preferred source of omega-3, salmon. It’s vital for the species in the cold conditions, whereas the rattlesnake’s blood has no issue with glugging up in the desert.

Why the history lesson?

It’s because Harvard Med School has just blogged that fish-oil supplements are worthless as preventatives. This surprised me, since my BP reduces markedly on the minimal dosage of 2000mg fish oil, twice that obtained from an ACE inhibitor. Sure, that’s just a surrogate outcome and not reflective of survival into senility. So is the research from American Heart Association to be trusted? Our Heart Foundation’s never untangled themselves from industry ties, so….

The detailed article needs to be read from bottom to top, starting with declarations of conflicted-interest. Dariush Mozaffarian has received no grants or support from industry? That’s not what Mozza’s CV says on pg8&10: $83k from Pfizer to trial Lipitor in ’02, and $5.1m from GSK & SigmaTau pharmaceutical companies to trial fish oil on cardiac patients. His collaborator on that one, Jason Wu also forgot to disclose same in the article. He’s done a lot of work with the George Institute, a partner in the Australian public’s generously sponsoring of a $5m NHMRC trial of Lipitor. Pfizer and SigmaTau also ran a 5 year trial of omega-3 supplements on twelve and a half thousand elderly patients having cardiovascular risk factors, finding no advantage conferred to survival rates. That’s a big study, and pretty generous of Pfarma.

The Harvard expert Eric Rimm’s quoted in their blog: “Taking fish oil… may not only have no benefit, it may even have some risks that we don’t realize because we haven’t studied them.” And they’re the ones dismissing complementary medicine for its supposed lack of evidence base to claimed benefits! Dr Rimm’s Pfizer-sponsored study on erectile dysfunction is a rerun of the  Heart Foundation’s apologists Grenfell and Banks advisories to take Pfizer’s infamous blue pills OR DIE. Despite this geek’s degree being Computer Sc, he’s pulled $400k to study floppys, and is now a Professor of Medicine. 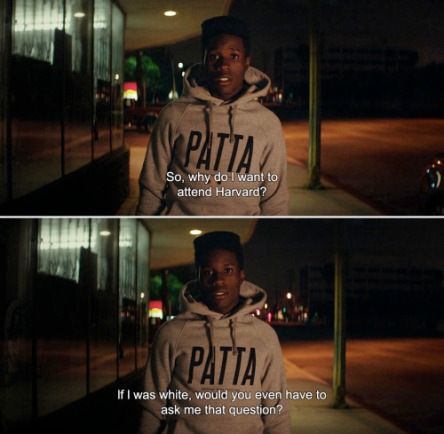 In the movie ‘Dope’, drug-hustling Malcolm is fixated on Harvard. For the easy money?

It’s ironic to think that better treatments were available in the Wild West, and those cowboys had no problems with shooting their gun.